Posted on August 1, 2012 by thefatkidinme 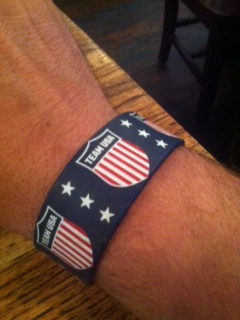 The Fat Kid in Me has been watching the Olympics. He’s obsessed with the Olympics. He would have loved to have been an Olympic athlete once upon a time. Unfortunately he has about as much discipline as the OctoMom at a fertility clinic, so it would have never worked out. Bela Karolyi would have caught him binge eating Breyer’s Vanilla Bean and kicked his ass right out of Houston back to New Jersey to suffer with the rest of the non-exceptional people. While watching, The Fat Kid in Me snacks on non fat yogurt and almonds (just kidding last night he had two “Svelte Sandwiches” which is the Trader Joe’s version of Skinny Cow ice cream sandwiches for all you skinny bitches that don’t know anything about dessert). Here are the things that have crossed his mind as of late: